“You can jail a Revolutionary but you can’t jail The Revolution” – Syrian Rebel Youth banner, Homs 24/7/2013 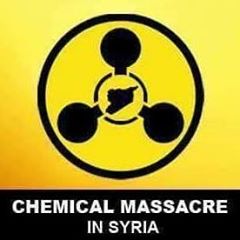 US bombing of Syria did not begin on April 7, it began in September 2014, two and a half years ago. Nearly 8000 US air strikes have been launched, in which, according to the monitoring organisation Airwars, at least 1400 civilians have been killed. This includes killed hundreds just in recent weeks in some horrific strikes, like the slaughter of some 57 worshippers in a mosque in western Aleppo – which Trump’s Russian friends defended as aimed at “terrorists” – and the massacre soon after of dozens of displaced people in a school in Raqqa. In fact, US bombing in March killed more Syrian civilians (260) than either Russia (224) or ISIS (119), dwarfed only by the massive toll of the Assad regime itself. This bombing has included the use of deadly depleted uranium. Not to mention the mass killing of hundreds of civilians in Mosul in Iraq in just one week in March, just a few of the thousands killed in recent months in the joint US, Iranian and Iraqi regime (ie, the US-Iran joint-venture regime) offensive in that city.

No “anti”-war movement has protested all this US bombing. No “anti”-imperialists have ever cared less about any of this. Because all these years of US bombing have been of opponents of Assad, have often been in direct collaboration with Assad, and have had the tacit support of the Syrian regime.

Then in recent months, under both the late Obama administration and Trump, this US role had become even clearer. From December, the US launched a more intense bombing campaign against Jabhat Fatah al-Sham in Idlib and western Aleppo, thus joining the Assadist and Russian slaughter from the skies in that region. Hundreds of JFS cadre were killed, and the bombings also hit other rebel groups at times. The US role alongside Assad, Russia and Iran in the latest reconquest of Palmyra was widely reported on. Calculating all US bombings in February from the US CentCom site (ie, the site of the US-led Coalition bombing Syria) shows that while 60 percent of US bombings were carried out in alliance with the Syrian Democratic Forces (SDF, mainly the Kurdish People’s Protection Units, YPG), most of the other 40 percent was in alliance with Assad in Deir Ezzor, Palmyra and Idlib, some 195 strikes of the 548 in total. And that was in a month when the bombing of Idlib was minimal, compared to January and March. Even in SDF-controlled Manbij, the US landed forces to patrol the region with Russian and Assad troops to block the Turkish-led FSA Euphrates Shield forces from advancing.

Despite countless assertions that Trump’s Syria policy was “unclear,” everything Trump has said was very clear: for many months, he insisted the US must ally with Russia and Assad to “fight ISIS,” as he believed Russia and Assad were doing; and that the US should cut off whatever remaining fragments of “aid” he believed were still going to some vetted Syrian rebels. Even Defence Secretary James Mattis, who many have mistakenly seen as more anti-Assad than Trump, has always opposed “no fly zone” plans, and announced several years ago that the time to support Syrian rebels fighting both Assad and ISIS “had passed,” ie, he agreed with the Obama-Kerry line that the US would only support rebels who fought ISIS and Nusra only, not the regime.

Then in the very days just before Assad’s monstrous chemical attack on Khan Sheikhoun, three prominent US leaders made Trump’s US policy even clearer, announcing that Assad should be allowed to stay. On March 23, US UN representative Nikki Haley announced that the US was “no longer” (sic) focused on removing Assad “the way the previous administration was”; the Russia-connected US Secretary of State, Rex Tillerson, used Assad’s very words on March 30, declaring that the “longer term status of president Assad will be decided by the Syrian people” – a would-be obvious statement, if one assumed Syrian people could hold a democratic election under a tyrannical dictatorship; and the foillowing day, White House spokesman Sean Spicer declared that “with respect to Assad, there is a political reality that we have to accept.” Of course this had long been unofficial US policy; and had even become partly official under Obama and Kerry when they agreed that Assad could continue to rule in an allegedly “transitional” regime following a political process. But the Trump team made this clear.

Then Assad goes and blows it by throwing sarin in their faces! The interesting issue is why Assad was stupid enough to do this, just days after he received so much explicit US support. Presumably, he was encouraged precisely by all this US verbal and actual military support, and so he decided to test the waters, to see if this meant that even sarin could now be re-normalised. But that just highlights the arrogance of power. The US was giving him everything; Obama’s “red line” against chemical weapons in 2013, and then his withdrawal from action, in the US-Russia-Israel deal that saw Assad’s chemical weapons removed, was saying to Assad you can use everything else except chemical weapons; and thus Assad did use everything else in the four years since, in unbelievable quantities, with complete US indifference, if not support. For Assad to then go and use the very weapons that the deal supposedly removed, and show off that he still has them, was simply impossible for the US to ignore in terms of its “credibility.” Assad was reading the messages correctly from this last week, that US leaders were encouraging him; he just read it wrongly that this could include sarin. Look at Nikki Haley, fuming in the UN; she had to fume, because three days earlier the same Nikki Haley had made the official announcement about Assad being good to continue ruling. Assad should have been more gracious about being kissed like that.

The US thus had no choice but to respond in some way for the sake of its alleged “credibility.” Many are claiming Trump is “taking advantage” of Assad’s action to launch a war, just because he likes war, to show what he is made of, to show that he did what Obama didn’t have the spine to do and so on, or alternatively that the strike aims to cover up Trump’s Russia connections that are under investigation at home, by showing he can stand up to the Russians, and so on. This is all a misunderstanding. Certainly, these may well be useful by-products of “taking action” for Trump. But they do not explain the action at all. No, Trump sent a bunch of missiles against the Assadist military facility responsible for the chemical attack, going against everything he wanted to do, and that his entire team wanted to do, as seen by their declarations in the very days beforehand, because Assad’s use of sarin had put US “credibility” at stake.

That is all from the point of view of US imperialism. But from the point of view of supporters of the Syrian revolution, and of liberation and humanity in general, can I ask in all honesty, what is the big deal? Why are 8000 strikes on opponents of Assad (and not only on ISIS), killing thousands of civilians, not “intervention,” yet when you finally get one strike against the biggest, most heavily armed and most highly dangerous terrorist group in Syria, the one currently occupying Damascus, after it slaughters dozens of children with chemical weapons, only that is considered “intervention,” that is supposedly something more significant, that is something we should protest. Really, what is the difference? Surely, if we oppose all US intervention on principle, then this particular bombing is nothing worse than all the other bombings against Anyone But Assad the last two and a half years; and if the left, on the whole, has not been actively demanding the end of US bombing of Syria – far from it – then surely we can say in as much as the US is already there, at least this particular bombing hit the most appropriate target to date.

Frankly, whoever has not been protesting the US bombing of Syria all along the last two and a half years, and who now suddenly protests this US “intervention” today, cannot in any sense be considered anti-war, or anti-imperialist, but simply an apologist for the Assad genocide-regime. As Joey Husseini Ayoub, who runs the excellent Hummus for Thought site, wrote, “For those who care, this is 7,899th US airstrikes in Syria since 2014. I don’t remember 7,898 waves of outrage or concern.”

And that is only noting the absence of protest against US bombings before this one. One might rightly criticise my post for focusing on these US crimes, terrible as they are, rather than the truly massive crimes against humanity that have been carried out by the Assadist regime, its airforce and torture chambers, and the Russian imperialist invader that backs it, the crimes that have left at least half a million dead and turned the entire country to rubble, even before this latest horrific atrocity. That is simply because I have been focusing on the issue of the inconsistency of those allegedly “opposing US imperialism,” indicating that this is entirely fake. But from the point of view of humanity, from the perspective of the part of the left that still believes in the politics of liberation, the malignancy of those “anti-imperialists” who only protest bombing now, but who have never protested the Assadist and Russian bombing, or in fact support this genocide, is far worse.

Meanwhile, while launching a singular “punishment” strike may have the potential to escalate beyond its purpose, this seems almost certainly not the intention of any wing of the Trump regime. As State Secretary Rex Tillerson explains, this punishment strike should not be confused with a US change of line on Syria:

“US Secretary of State Rex Tillerson said the attack showed the President “is willing to take decisive action when called for. ‘I would not in any way attempt to extrapolate that to a change in our policy or posture relative to our military activities in Syria today’, he said. ‘There has been no change in that status. I think it does demonstrate that President Trump is willing to act when governments and actors cross the line and cross the line on violating commitments they’ve made and cross the line in the most heinous of ways’.”

One thought on “No, US bombing of Syria did not begin today”